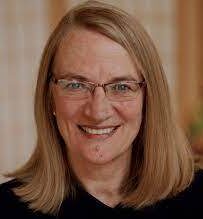 Judith Simmer-Brown
Raised a minister’s daughter in Nebraska, Judith Simmer-Brown began meditation practice as a student of Suzuki Roshi. It was while teaching religion and Buddhism at Western Washington University in Bellingham that Judith received a flyer inaugurating The Naropa Institute. Meeting the Vidyadhara at that first summer session in 1974 “blew her world apart,” and Judith fled back to Bellingham, “not sure whether to hide or pack.” But when offered a position in the new Buddhist Studies M.A. program at The Naropa Institute in 1977, Judith accepted one-week’s notice to join the tiny faculty. She never left.

During her early years of teaching at Naropa, Judith worked with the Vidyadhara on various projects. He always encouraged her to trust her own experience, to teach, and to “not care so much what other people think.” Judith taught at Seminaries, served on the founding faculty of the Ngedon School, directed a series of Buddhist-Christian conferences, and influenced Naropa Institute through its early, difficult years. Judith continues to teach at what is now Naropa University, chairing the religious studies department; guides the Ngedon School; and serves on several international Buddhist-Christian dialogue groups. Judith founded Naropa’s Engaged Buddhism program, and has been a member of the Board of Directors of Shambhala International since 1995.

In 1980 Judith married Richard Brown, chair of the education department at Naropa. They have two children, Owen and Alicia. Judith’s special passion has long been the Vidyadhara’s teachings on “feminine principle,” which led her to research and write Dakini’s Warm Breath: The Feminine Principle in Tibetan Buddhism, published by Shambhala Publications in 2001.