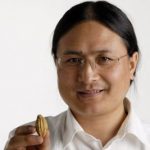 Dr. Nida Chenagtsang Dr. Nida was born in Amdo, in Eastern Tibet. Interested in the traditional healing science of his people, he began his early medical studies at the local Tibetan Medicine hospital. Later he gained scholarship entry to Lhasa Tibetan Medical University, where he completed his medical education in 1996. He completed his practical training at the Tibetan Medicine hospitals in Lhasa and Lhoka. Dr. Nida has published many articles and books on Sowa Rigpa (Traditional Tibetan Medicine). He has extensively researched ancient Tibetan healing methods, and has gained high acclaim in the East and West for his revival of traditional Tibetan external healing therapies.

He has published many articles and books on Sowa Riga and its spiritual counterpart, the Yuthok Nyingthig Vajrayana Buddhist tradition. His extensive research and revival of ancient Tibetan healing methods has gained him high acclaim in East and West. Dr. Nida is the Co-Founder and Medical Director of Sorig Khang International and Co-Founder of the International Ngakmang Institute, established to preserve and maintain the Rebkong Ngakpa yogic culture within modern Tibetan society. Dr. Nida trains students in Sowa Rigpa and the Yuthok Nyingthig spiritual tradition in over 40 countries around the world.

Fluent in English and known for his accessible and humorous style, Dr. Nida trains students in Sowa Rigpa and the Yuthok Nyingthig spiritual tradition in over 40 countries around the world. 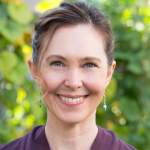 Lama Willa PhD is the Founder and Spiritual Director of Natural Dharma Fellowship in Boston, MA and its retreat center Wonderwell Mountain Refuge in Springfield, NH. She was authorized as a dharma teacher and lineage holder in the Kagyu lineage of Tibetan Buddhism after twelve years of monastic training and two consecutive three-year retreats. She has also practiced in the Shangpa and Nyingma lineages. She is editor, author and translator (respectively) of three books: The Arts of Contemplative Care: Pioneering Voices in Buddhist Chaplaincy and Pastoral Work (2012), Everyday Dharma: Seven Weeks to Finding the Buddha in You (2009), and Essence of Ambrosia (2005).  Her articles and translations have appeared in Lion’s Roar, Buddhadharma, the Journal of the International Association of Buddhist Studies, the Tibet Journal and other periodicals. In 2013, Willa completed a doctorate at Harvard University, and was Visiting Lecturer in Buddhist Ministry from 2013 to 2017. At present, Willa writes, teaches, guides meditation retreats and develops curriculum for lay Buddhists interested in cultivating a deep meditation practice in daily life. Her teaching interests include embodied mindfulness, non-dual awareness and compassion. 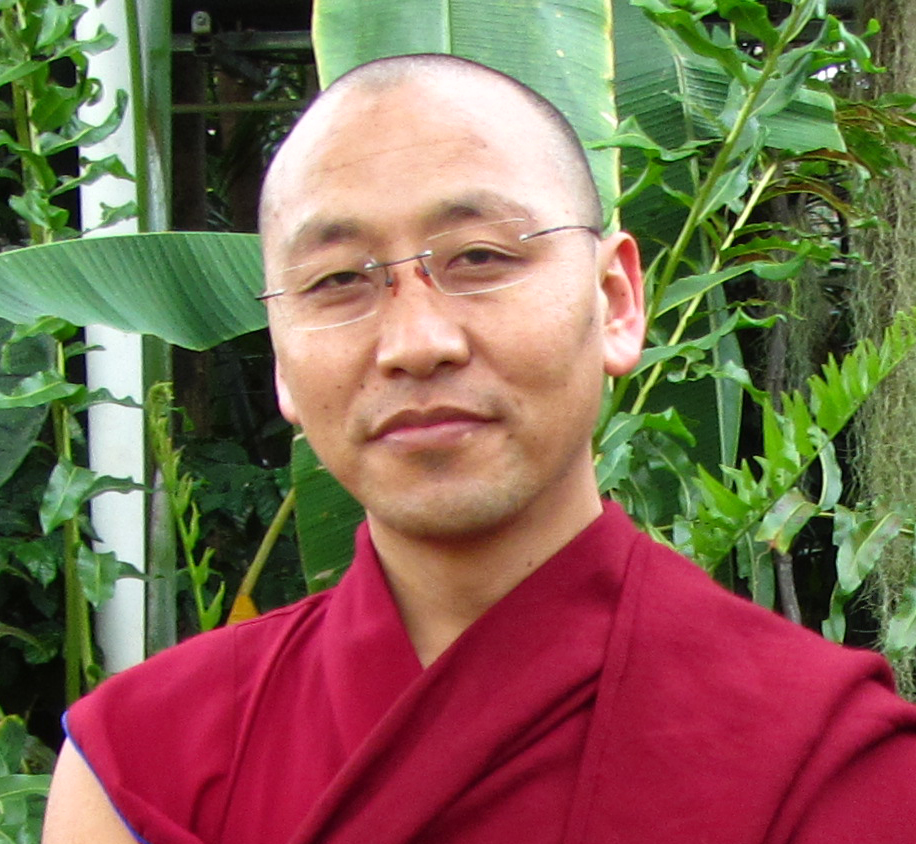 Geshe Ngawang Sonam After doing his primary education, Geshe Ngawang Sonam joined Sera Monastic University in 1995 to devote his life to intensive study and practice of Buddhism. In 2008, he was selected by the Office of His Holiness the Dalai Lama to become one of the English translators for His Holiness the Dalai Lama. Since then, he has accompanied His Holiness to various places in India and to around nine countries around the world. Following his more than twenty years of intensive monastic studies on the five major treatises of Buddhism, and upon clearing all the six successive years of examination, in Jan 2019, he was formally conferred the highest degree of Geshe Lharampa [Traditional degree equivalent to PhD in Buddhism] by Gelugpa Monastic Seat of Learning [Gelugpa Monastic University]. In Nov. 2016, His Holiness the Dalai Lama called him to work in His Office, and presently he works there as a translator and a Buddhist scholar. Geshe Ngawang Sonam’s first book ‘In the Footsteps of Sidhartha’ was published in 2010. His translation of Shantideva’s work Bodhisattvacharyaavatara is going to print very soon. Alongside his office work, he also finds time to teach and attend conferences with modern scholars and scientists as a speaker.

Drupon Rinchen Dorjee Rinpoche Drupon Rinpoche received teachings on the Fivefold Path of Mahamudra and Kunsang Lama’s Words of Profound Instruction, Dzogchen’s Great Completion Parting from Samsara and Nirvana, Pointing Out the Nature of Mind, and other teachings from Tulku Nyendrak Gyaltsen Rinpoche. Rinpoche has also received Chakrasamvara according to Drilbupa, including the empowerment, scriptural transmission, and pith instructions from Tulku Thogme Rinpoche.

Drupon Rinchen Dorjee joined the Drikung Kagyu Institute in 1993, and has received instruction in philosophy, Gongchig, Theckchen Tenying, Dhagpo Thargyan, and Uttaratantra from Khenchen Konchog Gyaltsen and other profound teachers of the Lineage. In 1995 Drupon received full ordination vows from His Holiness Drikung Kyabgon Chetsang Rinpoche, and in the same year accomplished the ngondro practices to mahamudra and the grand mantra recitation of Chakrasamvara. In 1996, he received initiation into the Profound Path of the Six Yogas of Naropa.

Drupon Rinchen Dorjee Rinpoche has completed two (2) three-year retreat courses, one at Almora and one at Labchi,  the holy retreat place of the great yogi, Milarepa. He has received profound instructions too numerous to mention during these retreats.

In 2005, he received the five-deities Hevajra according to Marpa’s tradition of empowerment, transmission and instructions from His Holiness the Drikung Kyabgon Chetsang Rinpoche, and in 2006 he completed the grand mantra recitation of glorious Hevajra’s fire puja at the Almora retreat center. 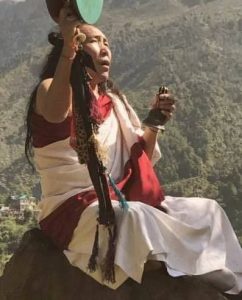 Chodpa Kunzang Dorje is a Tibetan Yogi who specializes in the esoteric meditation known as Chod, severing the roots of suffering. He practices and teaches in the Charnel Grounds of Nepal and India and in his center in Boudha, the Khandro Labdron Shije Chod Institute. Since he is fluent in English, he offers a comprehensive training in all aspects of Chod for visitors from all over the world. His teachers are Lama Wangdu Rinpoche, Lama Chodak Rinpoche and Ani-Dawa, “Mo-mo-la,” who is a ninety-year-old yogini living in retreat in Nagakort. Learn more about his activities at his website: http://chodpa.blogspot.com/ 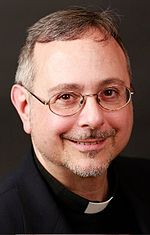 Father Francis V. Tiso is a theologian and scholar who specializes in inter-religious dialogue between Tibetan Buddhism and Catholicism. He is a Catholic priest, writer and professor at the Pontifical Gregorian University in Rome. His research has included the great Tibetan Yogi, Milarepa and the subject of miraculous death in Tibetan Buddhist thought – the rainbow body. His recent work focuses on the connections between concepts of dying in Central Asia during the medieval period and the resurrection of Jesus. He is the author of the book “Rainbow Body and Resurrection,” which includes insights into the geographical connections between Dzogchen and religions across Central Asia. 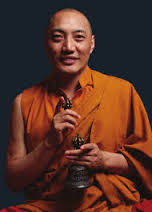 Khenpo Gawang Rinpoche is the founder and spiritual director of Pema Karpo Meditation Center in Memphis, Tennessee. Having completed thirty years as a monk, fourteen years of teaching experience, and nine years of study at the Buddhist University of Namdroling Monastery in South India, he holds a Khenpo degree, the Buddhist equivalent of a PhD. Gawang Rinpoche came to the United States in 2004 at the invitation of Sakyong Mipham Rinpoche and Shambhala International. He proudly became an American citizen in 2012. Rinpoche is the author of Your Mind Is Your Teacher, The Sadhana of Shakyamuni Buddha and The Excellent Path to Enlightenment by Longchenpa. 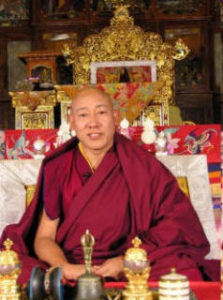 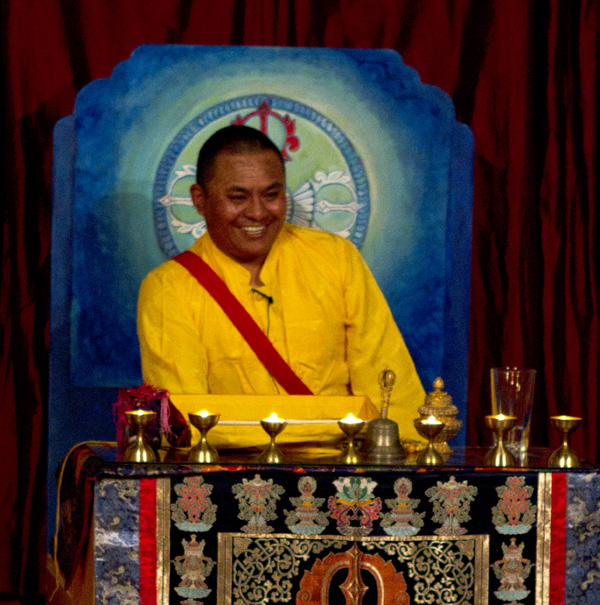 His Eminence Gyaldak Rinpoche is head of Druk Tashi Dhargey Cholkor Dechenling Monastery of Eastern Tibet. In the lineage of the great Yogi Milarepa, Rinpoche was recognized as the tulku (reincarnation) of one of the three main disciples of Gampopa – Dorje Gyalpo – by the great Nyingma Yogi Sera Yangtrul and Sakya Dawa Sangpo. Rinpoche lived in Tibet until 1991 and was taught by the Karmapa…. Read More 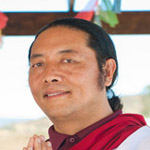 Lama Lhanang Rinpoche is a spiritual teacher of the Nyingma Longchen Nying-Thig teachings of Tibetan Buddhism who has studied with many masters from different lineages. He shares teachings from an unbroken tradition in a way that is fresh, cross-cultural, and current for these times. He is an accomplished instructor of meditation, Anu-yoga, art, Feng-shui, cultural and historical studies as well as a skilled practitioner of Tibetan medicine…. Read More 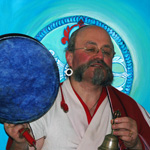 ak’chang Rinpoche is the founder of the international Nyingma organization known as Sang-ngak-chö-dzong.
Between 1970 and 1984, Ngak’chang Rinpoche spent extended periods in the Himalayas receiving teachings from
many of the most revered teachers of the Nyingma Tradition. He was recognized by Dilgo Khyentsé Rinpoche as the
reincarnation of Aro Yeshé and his teachers were…. Read More